Hydrogen Sulfide is a highly toxic and flammable gas. Being heavier than air, it tends to accumulate at the bottom of poorly ventilated spaces. Although very pungent at first, it quickly deadens the sense of smell, so potential victims may be unaware of its presence until it is too late. The lethal concentration for 50% of humans is 800ppm for 5 minutes of exposure. H2S is a by-product in many hydrometallurgical processes. Macrotek has done many systems for some of the major multi-national mining giants all over the world and has developed a unique two stage process that has been successfully applied to several of these systems.

The two stage system allows for maximum concentration of sulfide by-product (which is re-used in the production) and maximum removal efficiency. The first stage is operated at a relatively neutral pH level. The reagent is injected in the second stage, which results in very high pH operation in this zone. This set up allows manipulation of the H2S in the gas, and sulfide in the liquid equilibrium, resulting in optimum removal and minimum reagent utilization.

A major pulp and paper mill located in New England, USA was faced with a control order to reduce SO2 and a schedule challenge to meet the order deadline and steam requirements. In addition, the customer was looking for ways to save reagent cost.

Macrotek was selected to design and build two wet FGD systems for two 100,000 lbs/hr medium sulfur coal fired boilers. The design included a two-stage spray tower configuration. In the first stage, waste alkaline liquid was used to neutralize a portion of the SO2 and a second polishing caustic stage was used for enhanced removal efficiency. Two benefits were realized; first, the waste alkaline liquid did not require further acid neutralization and second, there was a significant reduction of caustic reagent consumption.

A major Gulf Coast refinery was searching for a solution to reduce flare gas SO2 that was resulting from very high H2S concentrations during periodic venting events. Original considerations were limited to very costly upstream equipment changes or a sulphur recovery unit, all costing tens of millions of dollars.

Macrotek was contracted to design and build a cost-effective H2S scrubbing unit to reduce the H2S down to EPA acceptable limits for the SO2 resulting from the flare combustion. Macrotek designed and supplied a unique two-stage system that has been operating successfully for a number of years. The by-product is sulfite, which is sold as a reusable material.

In addition, integral stacks were included for the overall height of 200 feet. Structural design was particularly challenging as the installation is in an active seismic zone with hurricane wind conditions. Lime slurry is used as a reagent and the system was completed in 2004.

A major uranium refiner required an air pollution control system to control emissions from their hazardous incinerator. The presence of radioactive material demanded that outlet emissions approach non-detectable levels. Macrotek was contracted to design and supply the system.

Advanced, cutting edge technology was used to design a system with the lowest possible emissions, which has been operational for several years. The system is tested annually and exceeds the permit requirements.

A precious metal refiner required the most advanced particulate scrubber to replace wet ESP for submicron particulate collection. Due to the very high gold prices, economic reasons were the driving force toward maximum removal efficiency.

Macrotek was selected to design and install their ultra high efficiency flooded disc MVA scrubber. In addition to the high removal efficiency for submicron particles, material selection proved a significant factor due to high chloride and fluoride levels. A combination of FRP and Hastelloy was used.

The system has been in operation for over one year and performance tests were conducted shortly after commissioning. Actual particulate removal efficiency was better than 99%, significantly better than the guaranteed level. Particle size distribution was also completed and the removal efficiency was based on more than 70% of the particles in the less than 1 micron range. 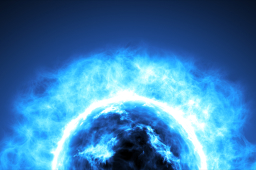 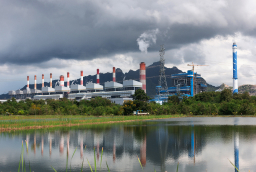 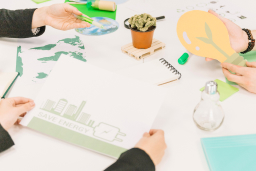